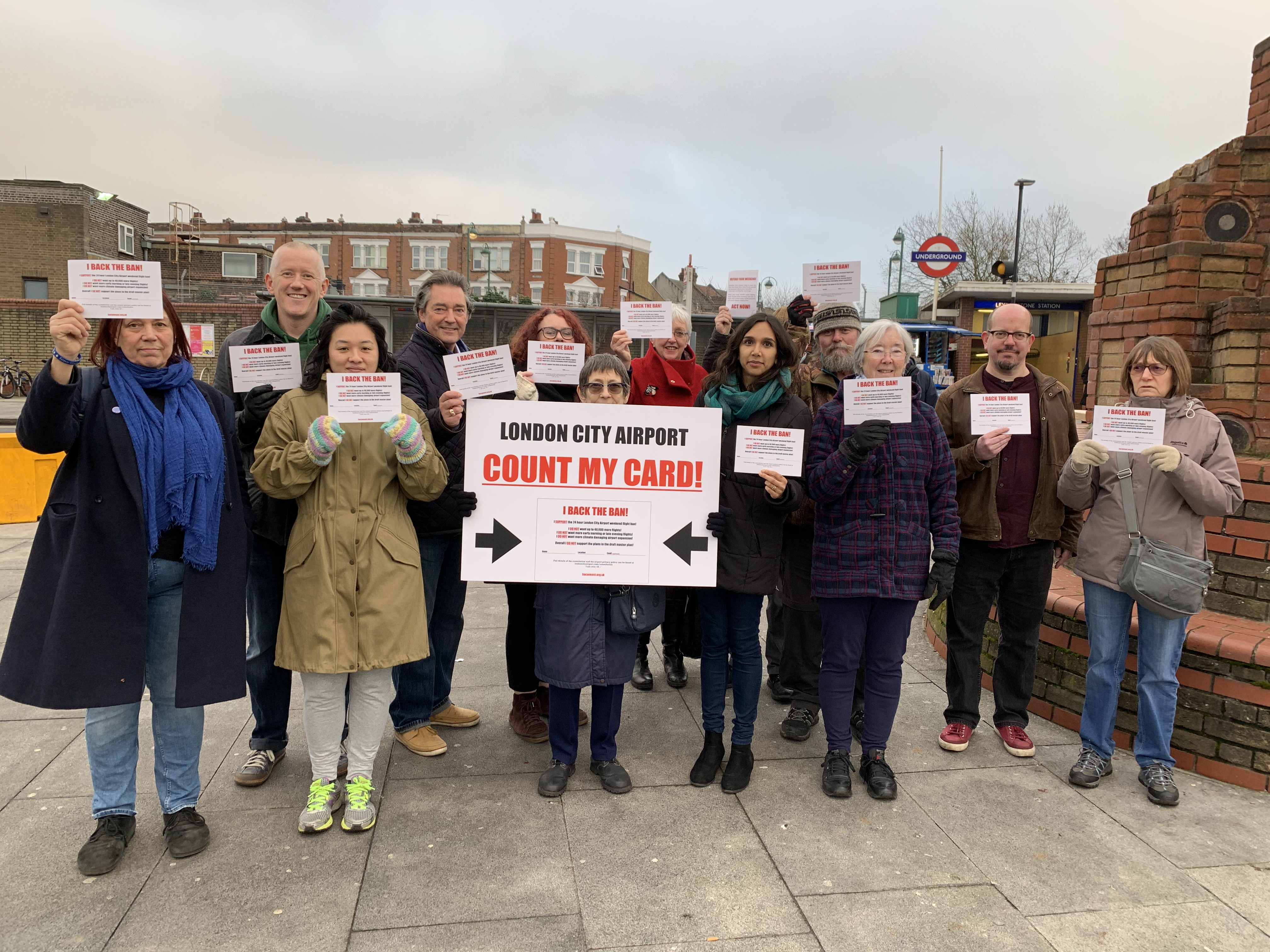 Although Covid-19 has significantly reduced airport traffic for Waltham Forest residents in recent weeks, there was a huge win in March for campaigners against the City Airport expansion as the airport announced they were revising their plans.

London City Airport told its Consultative Committee in early March that it will drop the proposals that were in its draft Master Plan to end the 24 hour weekend break (no planes between 12.30pm Saturday - 12.30pm Sunday) and those to bring in more early morning and late evening flights.  It is expected that it will postpone submitting a planning application to lift the cap on the number of flights allowed to use the airport each year.

It is unclear when City Airport will now publish its Master Plan due to the impact of Covid-19, but the repsite in recent months and weeks is likely to renew opposition to further expansion.

It's estimated over 4000 Back the Ban cards were sent to City Airport as part of their consultation, urging them to reconsider the plans to get rid of the existing Weekend break and extend operating hours as part of its expansion plans. This change in position from the Airport reflects the success of mobilising the local community, particularly given that originally Waltham Forest wasn't included in their consultation meetings despite being the third most overflow borough in London.

London City Airport also told the Consultative Committee that it is continuing to review its controversial concentrated flight paths as part of the wider airspace changes that will be coming in at all airports in London and the South East over the coming years. We will continue to press the airport to consider having multiple concentrated flight paths to provide respite for residents being flown over. More plans and details are expected later this year, with full public consultation to follow next year.

There is still work to convince the Airport and planning authority that in a time of climate crisis we should be reconsidering expanding the number of flights at all, but this is a great first step in addressing the environmental and wellbeing impacts on East London residents.