Brexit: We Must Try to Stop this Madness

With the unelected and increasingly autocratic Prime Minister Johnson together with his cabinet of fanatical Europhobes telling us that, "do or die", with or without a "deal", the UK will leave the EU on 31st October 2019, the country is facing its greatest political crisis for generations and, to say the least, the threat of an uncertain future. However, Brexit in any form is not inevitable. LibDems are working with colleagues and campaigning groups inside and outside Parliament to find constitutional means of halting the process until there has been time for reflection on what has been learned over the past three years since the Referendum ... and there is a little something you can do to help support their efforts. 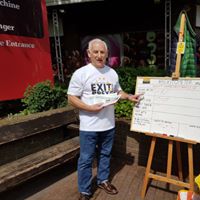 Dr Geoff Seeff, our PPC for Chingford and Woodford Green has written an open letter to Iain Duncan Smith entitled "J'accuse" – an ironic nod to the famous letter penned at the end of the nineteenth century by the French author Emile Zola. In it he accuses Mr Smith of, amongst other things, failing to understand the needs of British businesses, misleading the public about the supposed benefits of leaving and sheer recklessness in being one of the principal proponents of a "No-Deal" Brexit in the face of evidence of the damage and chaos it will bring. The letter was sent on 22nd July but, perhaps unsurprisingly, Geoff has not received a reply.

The letter is attached along with a leaflet from our new leader, Jo Swinson, stating our party’s clear and unequivocal position on stopping Brexit and holding a second vote.

What Geoff would like you to do is to share the letter and the leaflet with family, friends and neighbours you think likely to feel as he does, either by referring to this website or downloading the documents and emailing them. It would also bring some pressure on Mr Smith if you were to send him a copy of the letter at the House of Commons with a note demanding that he responds to the accusations. If and when he does, we will publish his response on this website - along with our analysis of it.