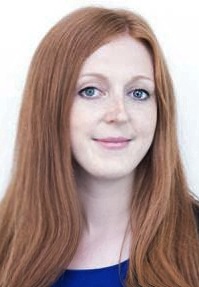 Ciara lives in Walthamstow, in High Street ward. She works as a solicitor specialising in commercial dispute resolution at a law firm in the City, having previously worked at the Financial Ombudsman Service.

Ciara first joined the Lib Dems at university, but became a more active member when she moved to Waltham Forest in 2017. She has been an Ordinary Member of the Executive Committee since January 2020 and is the local party spokesperson for Services and Innovation.
Do you like this page?