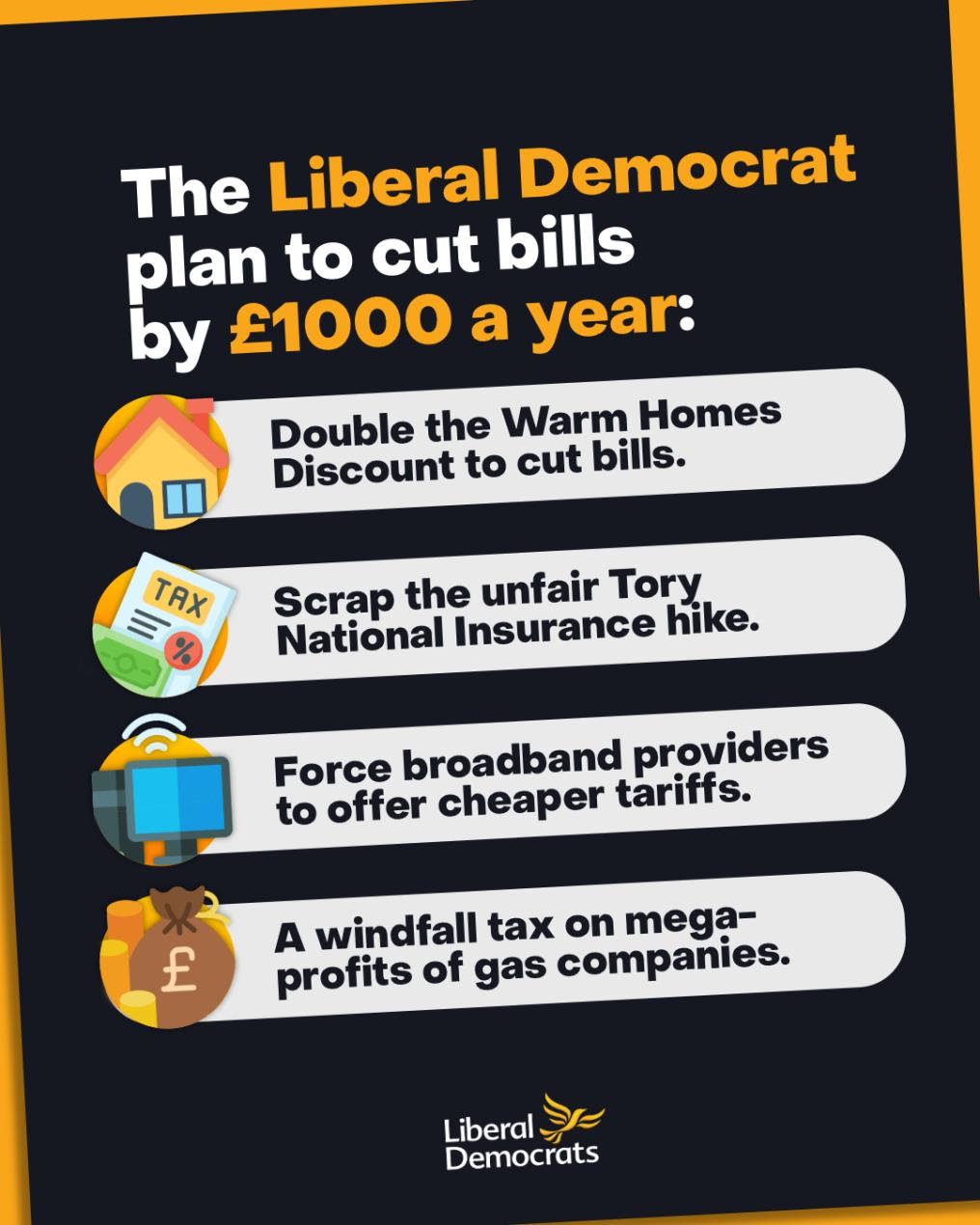 The Liberal Democrats have set out a “cost of living rescue plan” that would save thousands of struggling families in Waltham Forest nearly £1,000 this year.

It comes after Ofgem announced a crippling rise to people’s heating bills, with the energy price cap set to soar by 54% to £1,971 in April.

Energy bills for homeowners in Waltham Forest are forecast to soar by an estimated £568 per household in April, according to analysis by the Liberal Democrats. Meanwhile, broadband bills are set to rise by 9.3% with inflation at its highest rate in almost thirty years.

The Liberal Democrats warned that Rishi Sunak's proposals to deal with soaring energy bills will just be "spreading the pain over the coming years" while clobbering local families with tax hikes.

The cost of living rescue package being proposed by Waltham Forest Liberal Democrats includes taking £300 off struggling families’ heating bills by doubling and expanding the Warm Home Discount, funded through a “Robin Hood” tax on the super profits of oil and gas companies. The party would also scrap the planned National Insurance tax hike being introduced by the Conservatives in April, and ensure low-income families can access cheaper broadband deals.

As many as 14,261 households in the Walthamstow constituency would stand to benefit from the full package of support, saving them up to £975 each a year. 21,239 households would save up to £636 thanks to the scrapping of the National Insurance hike and the Stealth Tax on the income tax personal allowance. 2,547 poorer pensioners would receive the expanded Warm Home Discount while 21,302 struggling families would gain access to cheaper broadband deals, helping them cope with the cost of living crisis.

In total, the package represents savings of £62,606,145 across all three parliamentary constituencies for 121,825 households feeling the pinch.

“Energy bills are going through the roof, forcing families in our community to choose between eating and heating. But all the Conservatives are doing is clobbering people with an unfair tax hike and spreading the pain over the coming years.

“Waltham Forest deserves better than a Conservative Prime Minister missing in action, more concerned with their own political career than helping families struggling to pay the bills.

“The Liberal Democrats’ cost of living rescue plan would wipe up to £1,000 off the bills of thousands of struggling families in Waltham Forest, by scrapping April’s tax hike, offering support to the most vulnerable, and insulating homes to slash energy bills in the long term.

“We are fighting for a fair deal for people in our community who are being let down by a Conservative Government that is taking them for granted.”