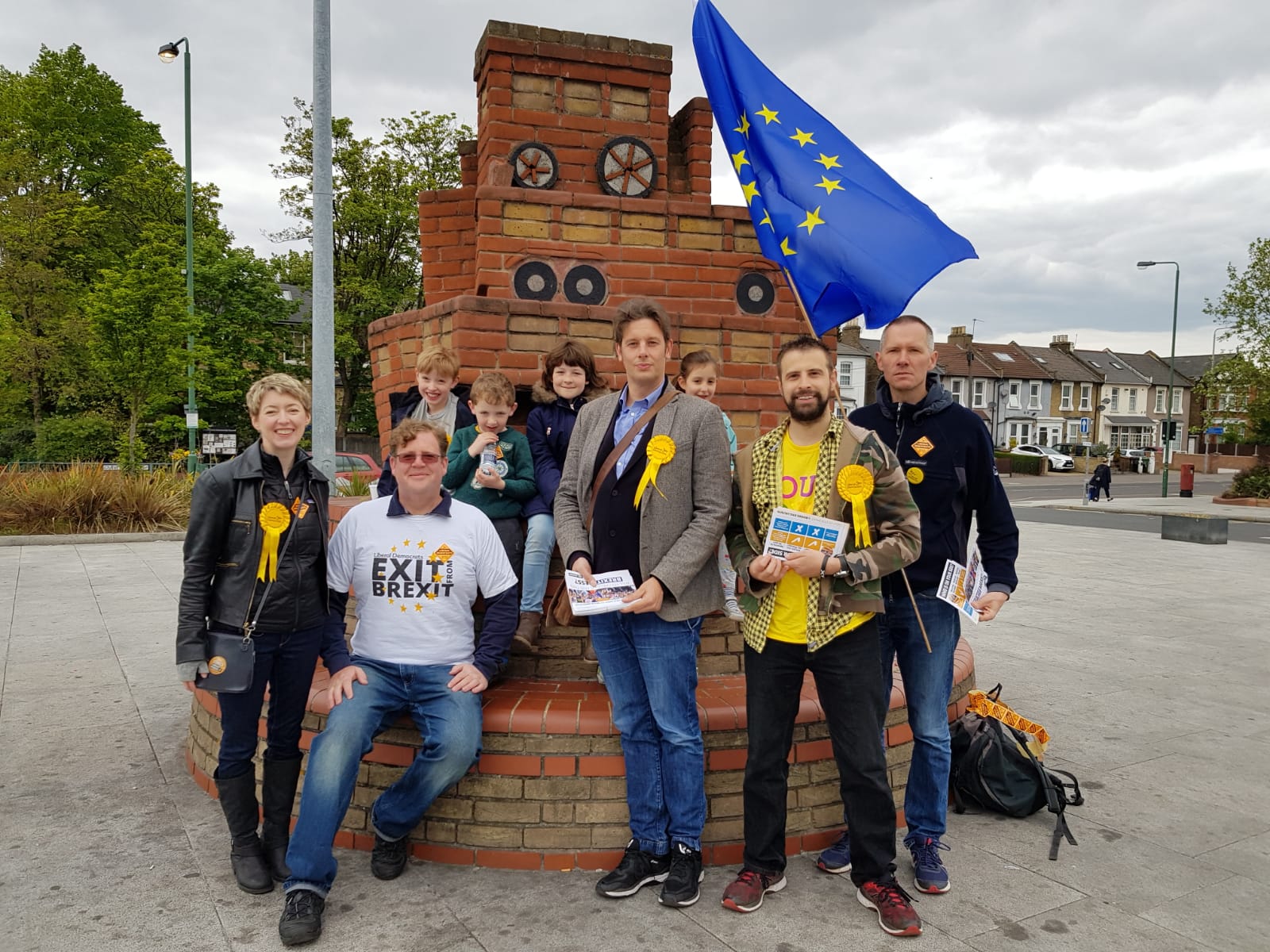 Waltham Forest Liberal Democrats had a great start to the local European Election campaign on May 6th. Chair Naomi McCarthy, who lead a team of volunteers handing out leaflets at Leytonstone Tube station, said: "Most people were interested in what we had to say. We are campaigning hard for an Exit from Brexit as we know there is no deal as the good as the one we have now."

Campaigner Arran Angus added: "The Liberal democrats have a clear message. If you want to stop Brexit you should vote Liberal Democrat on the 23rd May. If you want to get involved in the campaign to stop brexit then e-mail [email protected]".

We'll be out and about several times before the 23rd, particularly on the weekend. Come and say hi!