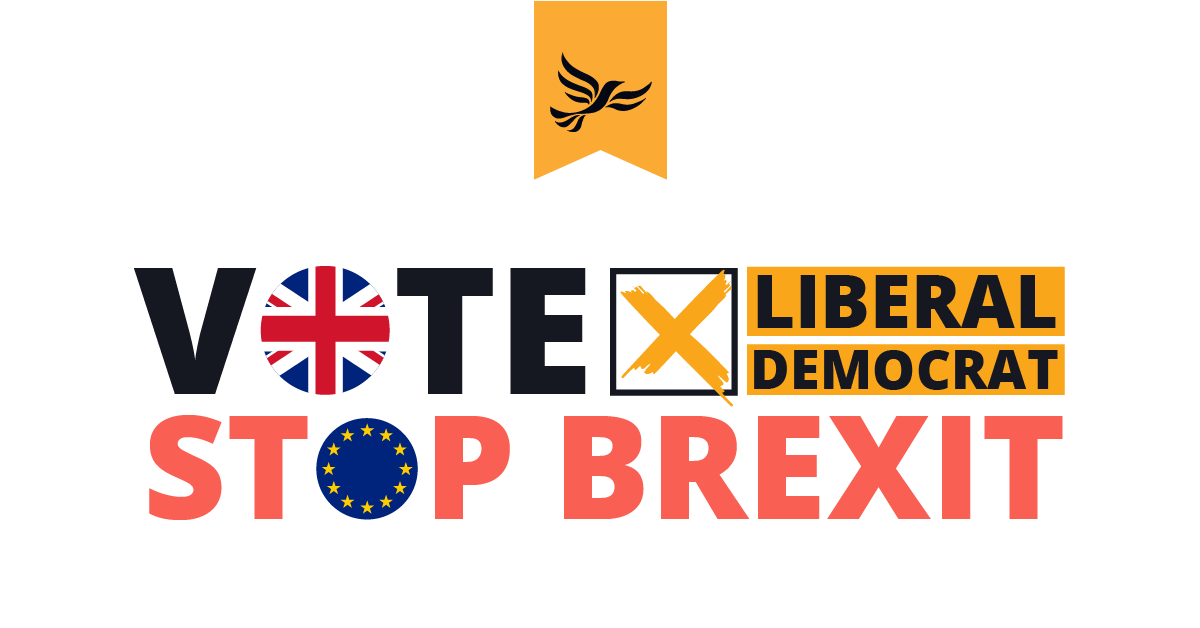 Polling stations are now open for voting in the European elections. You have until 10pm to vote and you do not need to bring your polling card with you.

More and more people across the country are backing the Liberal Democrats TODAY - as the best choice to STOP BREXIT.

Brexit is an embarrassment. Theresa May is trying to deliver a disastrous Brexit that only Nigel Farage, Boris Johnson and Jacob Rees-Mogg wanted. Labour and Jeremy Corbyn has aided and abetted her every step if the way.

The Liberal Democrats are the BIGGEST remain party - and have been leading the fight to STOP BREXIT for three years.

Every vote for the Liberal Democrats TODAY will send a strong message to Theresa May and Jeremy Corbyn to STOP BREXIT.