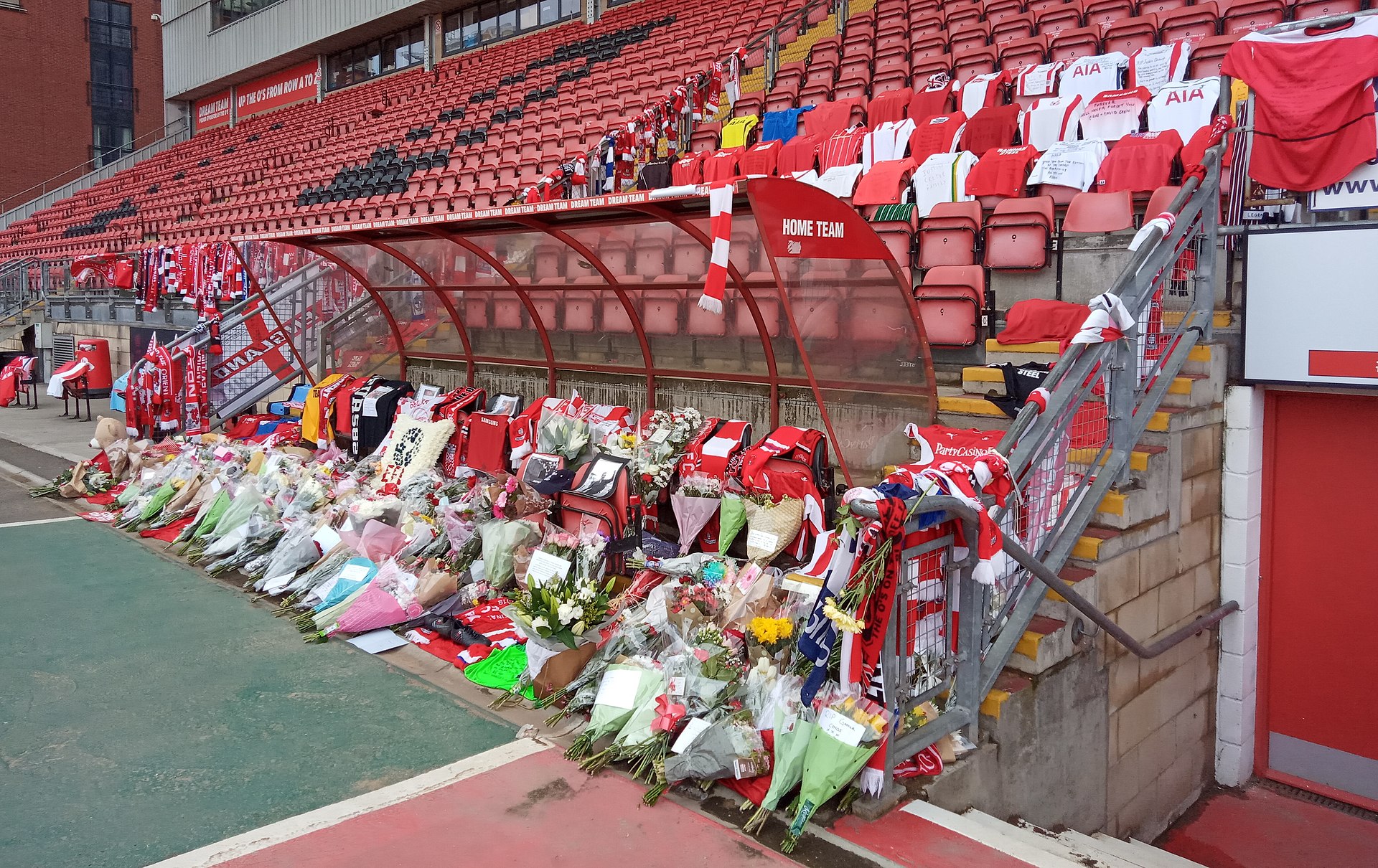 All supporters of Leyton Orient FC, and the world of football generally, were shocked by the tragic news of the death of successful and highly-respected manager Justin Edinburgh. Edinburgh was only 49 years old, and leaves behind a wife and two small children.

Many O's fans rushed in mourning to the Orient's Brisbane Road ground, paying their respects to the man and recognising his achievements. Under Edinburgh's leadership the club finished top of the National League last seasoned and returned to division 2 of the English Football League. The LBWF Liberal Democrat team send their heartfelt condolences to Justin Edinburgh's friends and family, and all Orient supporters.

I went to the O's Ground/Score Community Project, to read some of the many messages of sympathy in the blitz of floral tributes, that are inside Brisbane Road and along Oliver Road. They all applauded the late and never-to-be-forgotten Manager Justin Edinburgh.

Justin had started his football career at Southend United in 1988-1990, when the legendary Bobby Moore was their manager. He went on to play for Tottenham Hotspur 213 times in the Premier League, achieving prominence as a defender and FA Cup winner in 1993/94.

Justin Edinbugh was the guiding light and approachable Manager of the O's side, leading them to promotion last season and putting the team back into EFL D2. He was loved and respected for his sincerity and ambition in football by all. There is a growing campaign in the hearts and minds of O's fans that it will be possible to name a Stand in the memory of Justin Edinburgh, so that grateful supporters will be able to remember him and his achievements at each home match, in future seasons.