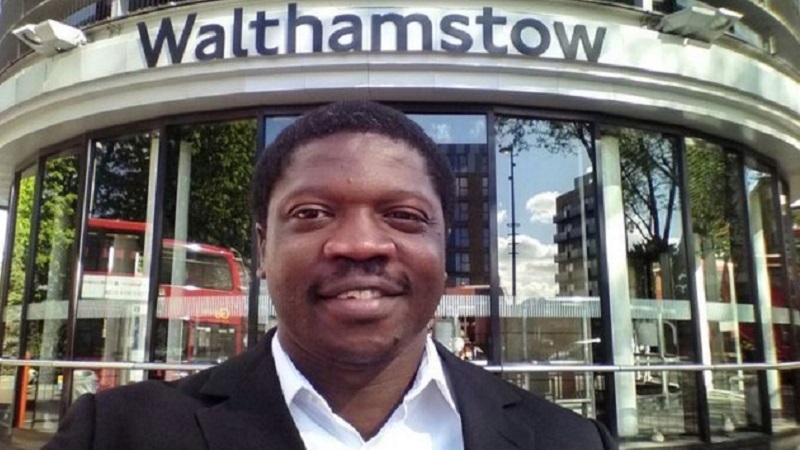 Ukonu Obasi is a 38 year old Public Health Specialist with experience of working in the NHS, Local Authority and in the civil service. He has been involved in the design, delivery and commissioning of community health interventions across the country.

He is a passionate campaigner for health, water and sanitation in Africa and he is the Executive Director of Rural Africa Health, Water and Sanitation Initiative (RAHWSI), an unpaid role he has held since 2007. Its aims are to improve the access to health, water and sanitation to the most hard to reach communities in Africa through educating front line health workers that work with those communities.

He has lived in Walthamstow since 2012, and is a volunteer of Waltham Forest Health Watch, an independent organisation that gives local people a voice on the issues of health and social care in their area. He has run 10K for the British Heart Foundation and volunteers for a number of charities.

Ukonu is a firm believer in liberal values, an uncompromising advocate for transparency and good governance. He led a protest to the Nigerian Embassy to protest the governments inaction during the attacks of violent herdmen. He was involved in the EU referendum campaign in East London for the Liberal Democrats.

Ukonu is running because he believes that government should be about doing what is best for the people, every time, all the time. He believes that politics should be about providing opportunities for people, how to unite and how to raise the standard of living for everyone and not just a few. He knows that if given the mandate to represent Walthamstow in Parliament, he will not just speak, but will also act in their best interest, always.