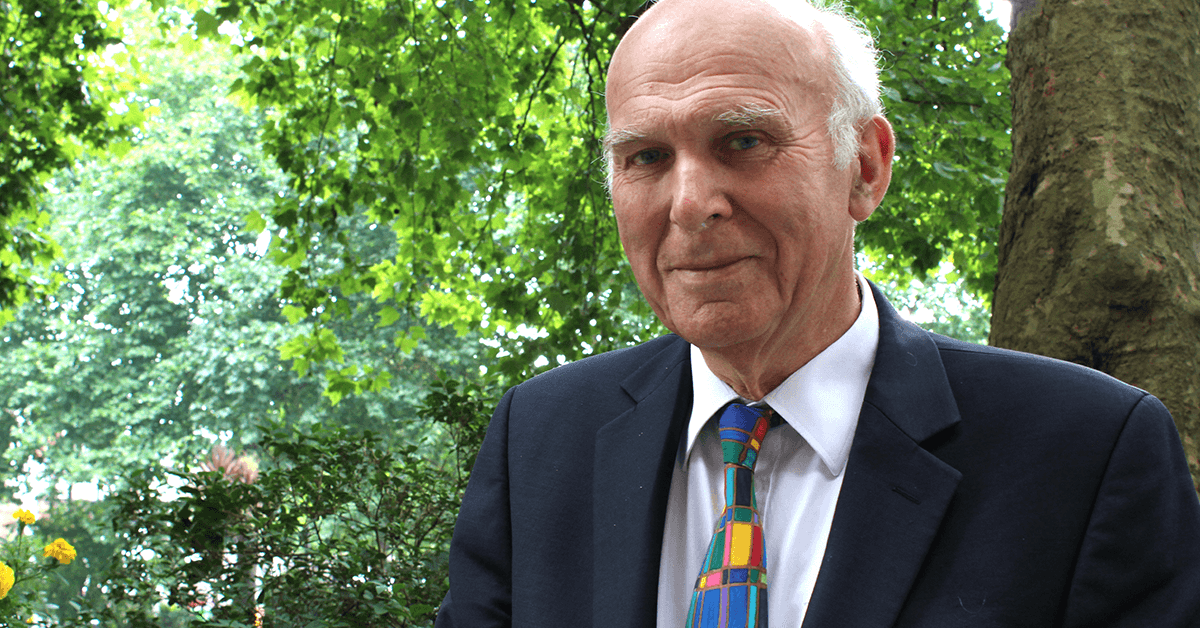 Leader of the Liberal Democrats, MP for Twickenham

Vince Cable is the MP for Twickenham and the Leader of the Liberal Democrats.

Vince was born to a working class family in 1943. His father, Len, was a craftsman for Rowntree and his mother packed chocolates for Terry's.

Vince Cable read Natural Sciences and Economics at Cambridge University, where he was President of the Union, followed by a PhD at Glasgow University.

From 1966 to 1968 he was Treasury Finance Officer for the Kenyan Government. After lecturing at Glasgow University in economics he worked for the Foreign and Commonwealth Office as a first secretary in the Diplomatic Service (1974-76).

He was then appointed Deputy Director of the Overseas Development Institute, which included a period working for the then Secretary of State for Trade and Industry, John Smith, as a special advisor. From 1983 to 1990, Vince worked as special advisor on Economic Affairs for the Commonwealth Secretary General, Sir Sonny Ramphal.

In 1990 he joined Shell International taking up the post of Chief Economist in 1995. He has also been head of the economics programme at Chatham House and is a former fellow of Nuffield College Oxford and the LSE.

In 1981 he joined the Social Democratic Party and has been a member ever since. He was first elected as the Member of Parliament for Twickenham in 1997 and as an MP has helped tens of thousands of local people with their issues.

Vince has also led the fight against cuts to local schools and to improve social care.

As Secretary of State for Business, Innovation and Skills for five years Vince created a distinctive Liberal Democrat vision for the economy.

A long-term industrial strategy, promotion of science and innovation, banking reform, the creation of the world’s first-ever Green Investment Bank, support for young people through apprenticeships and the promotion of socially responsible capitalism.

Among Vince’s achievements in coalition include:

Leader of the Liberal Democrats

On July 20th 2017, Vince Cable became the Leader of the Liberal Democrats and his top priorities are fighting to make sure the UK remains at the heart of the EU, building an economy that works for everyone, investing in high-quality public services and a decent welfare system and building a mass movement that can win elections and make our country more liberal and more democratic.