Following complaints, the Liberal Democrat team got L&Q to clear the overgrown brambles from inside the fencing of the electricity substation in Claude Road. Unfortunately, they failed to clear the weeds and rubbish on the outside. We are pressing London & Quadrant for action, and will report on progress.

The Forest Liberal Democrat team has reported to the Council that Eatington, Fulready and Essex Roads are in a poor condition and need re-surfacing. Also, a number of roads are being affected by pot-holes. Please contact us if your road needs attention. 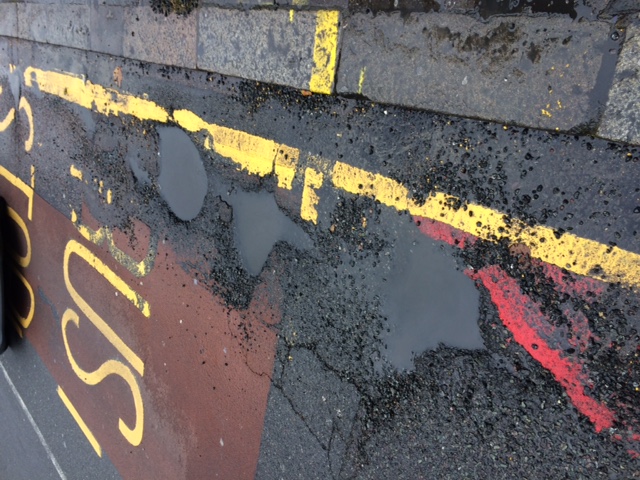 Nasty pot holes have appeared at the bus stop in Leyton High Road on the corner of Osborne Road.

The Liberal Democrat team has reported it as an urgent matter as residents can be drenched when buses drive over the water filled potholes. We will will be monitoring repairs.

Atwell Close, off Belmont Park Road, has had a faulty light for some time. The lack of lighting has lead to residents feeling unsafe walking home and alleged prostitution on the Close. The Council say that it is not their responsibility to repair the light as it is on private land.

Liberal Democrat campaigner Rupert Pickering is investigating whether Atwell Close is truly a private estate and whether the landowner or the council have an obligation to act to prevent any criminal activity.

Residents of Murchison Road have complained that since the changes to Francis Road the problem with vehicles driving up the road the wrong way has escalated. This has caused a number of road rage incidents as vehicles try to pass.

Lib Dem Focus Team campaigner Arran Angus said, "The small two way part of the road off the High Road to get to ‘Quick Fit’ may be causing the confusion. We have asked the Council to put in much better signage and possibly putting up enforcement CCTV cameras."

There is nothing worse than treading on dog mess.

Residents have reported that this is a problem around the Leyton 6th Form College in Essex Road and Colchester Road.

Liberal Democrat campaigner Jordan Sullivan has asked the Council for signs to be put up warning dog owners of their responsibility to keep the pavements clean. 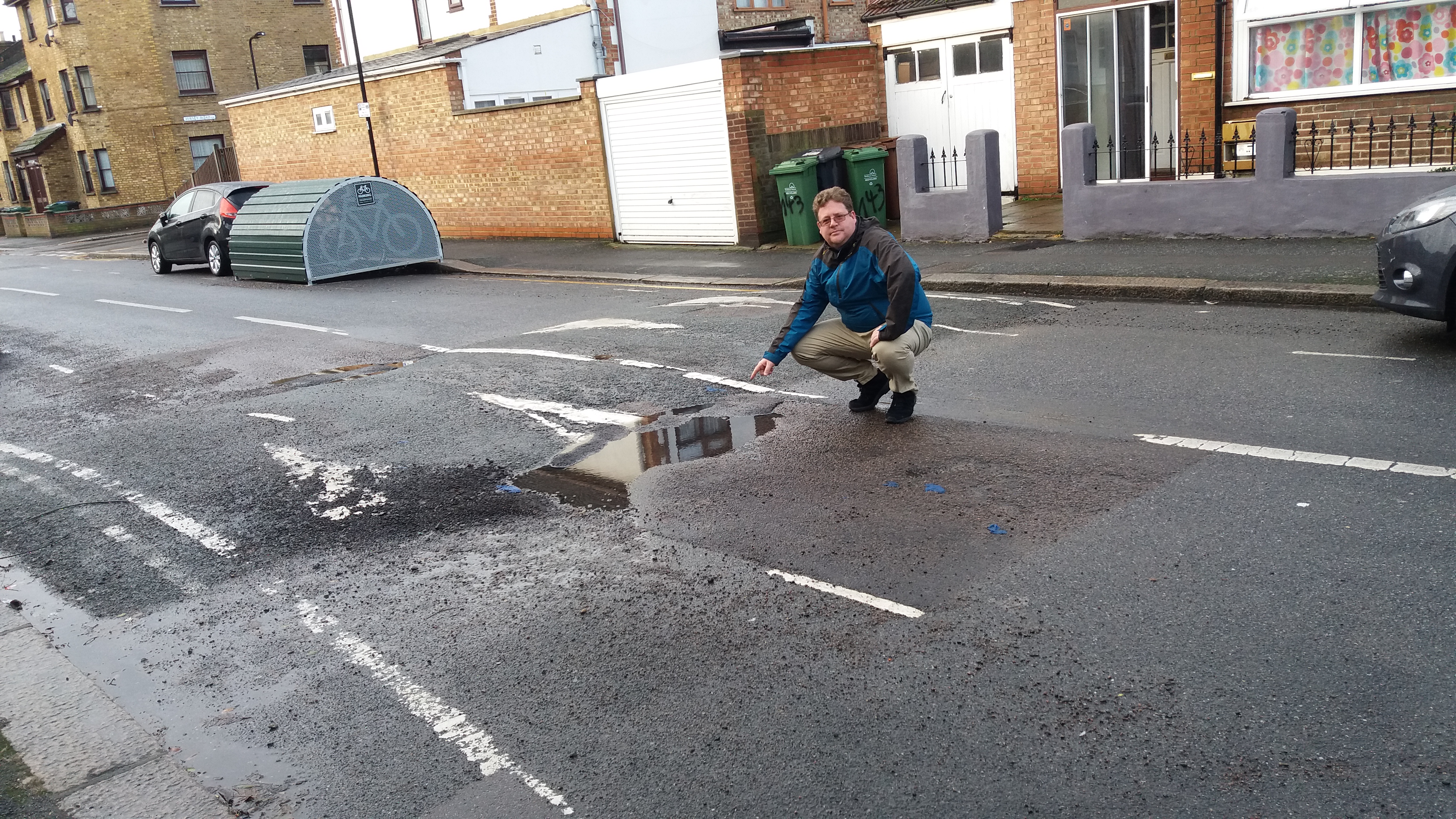 Following contact with residents the Focus Team has reported potholes on the speed bumps by the corner of Newport Road and Guernsey Road.

Focus Team campaigner Arran Angus said, "Local residents have been disturbed as cars and vans are especially noisy when scraping over them."

Oliver Road and Oliver Close will be the latest areas to become a Controlled Parking Zone (CPZ). Following consultations during the summer residents in all the roads in Oliver Close combined to vote 51.5% in favour of a CPZ according to the Council.

The Council, not happy that nearby roads did not vote for a CPZ, will re-consult Ive Farm Close, Simonds, Etloe and Wiseman Roads as well as Villiers Close and Meadows Close. Your Leyton Liberal Democrat team has pointed out that the Council’s own figures show that Simonds, Etloe and Wiseman Roads overall did vote for a CPZ but Meadows Close did not, as they already own their own parking spaces.

Liberal Democrat campaigner Bob Sullivan said, “Most people voted against a CPZ after the Olympics but have now been forced to vote for one as nearby CPZs have made it impossible to park. With the Council making multi-millions out of parking fees and fines it is no wonder they would like the whole borough to be a CPZ”.

Liberal Democrat campaigner Ed Bird was shocked to hear that L&Q, who plan to do major work in the Gardens, have refused to include the garage area in their plans. We will continue to take this up with L&Qs Property Manager.