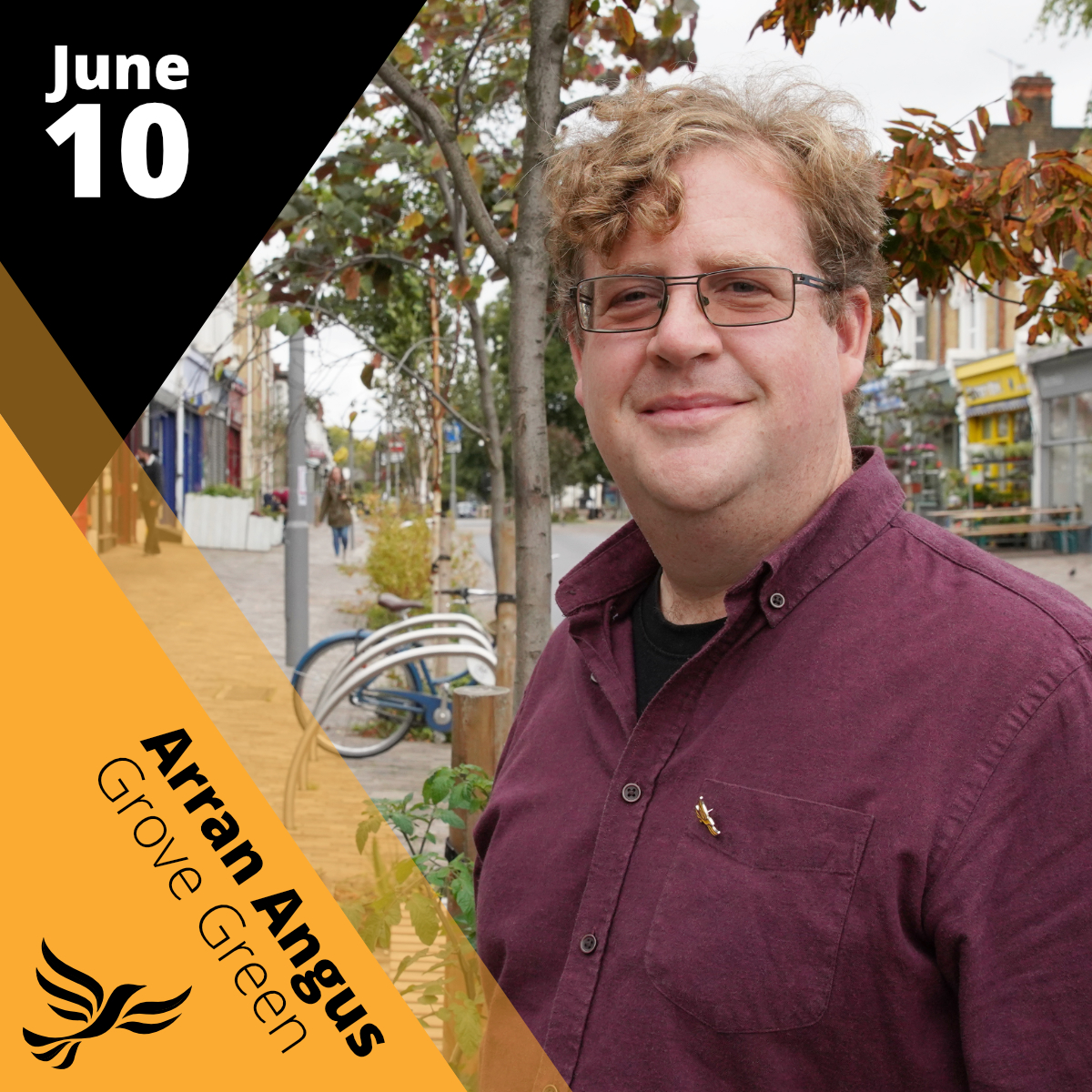 We are delighted to announce Arran Angus as the Lib Dem candidate in the Grove Green by-election on 10 June. Arran is a hardworking local campaigner who has lived in Waltham Forest for over a decade. He helps organise the Francis Road Street Party, chairs the Grove Green Safer Neighbourhoods Team panel, and has been a researcher for Citizens Advice. His two children attend Newport School. Our borough would be better off with him on the council, holding Labour to account. 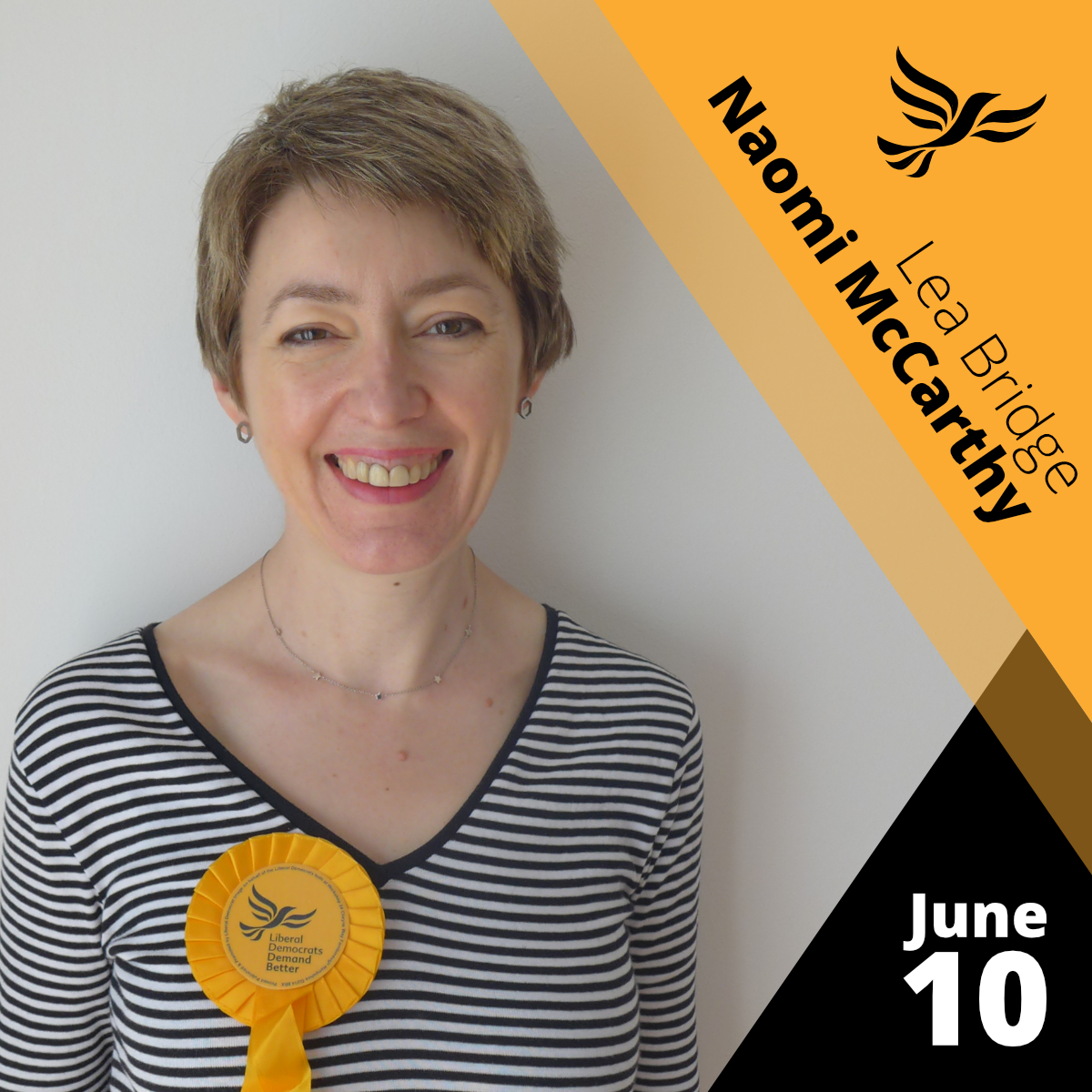 We are delighted to announce Naomi McCarthy as the Lib Dem candidate in the Lea Bridge by-election on 10 June. Naomi has lived in the area with her family since 2012, and has been campaigning on behalf of residents for the past five years. She wants to fight for improvements to local schools and the environment, and create more affordable housing in the area. 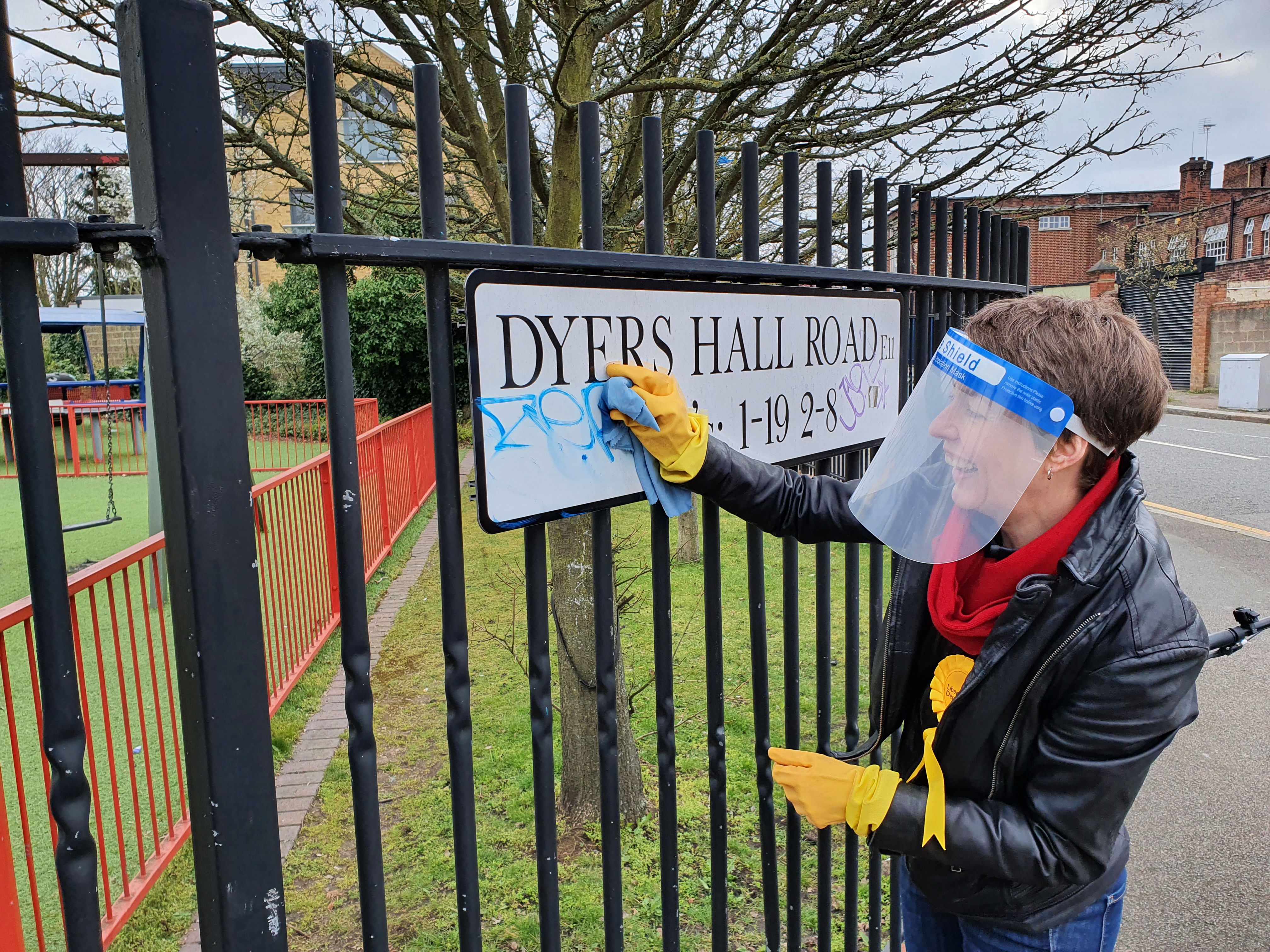 This Graffiti on Dyers Hall Road was reported to the council four months ago and still hadn’t been cleaned. We got tired of waiting and fixed it ourselves.

A group of local parents have lost their court case against Waltham Forest Council, after it cut funding for children with special education needs and disability (SEND) last year. The judge ruled that the cuts were not illegal. However, the judge also made it clear that the council is legally obliged to meet the needs, including funding, of SEND children.

Lib Dem Naomi McCarthy, who is the parent of a child with SEN, said: “It’s vital that the council recognises its legal obligations towards our SEND children, and all parents and carers should feel empowered by this ruling to request additional funding if these unethical cuts impact their child’s support.”

Waltham Forest SEND Crisis will continue to campaign for more support for SEND children. Find out more by joining their Facebook group.

We would like to wish a blessed Eid al-Fitr to everyone celebrating in Waltham Forest and beyond. We hope that, in spite of the remaining coronavirus restrictions, this will be a joyous day for you and your family. 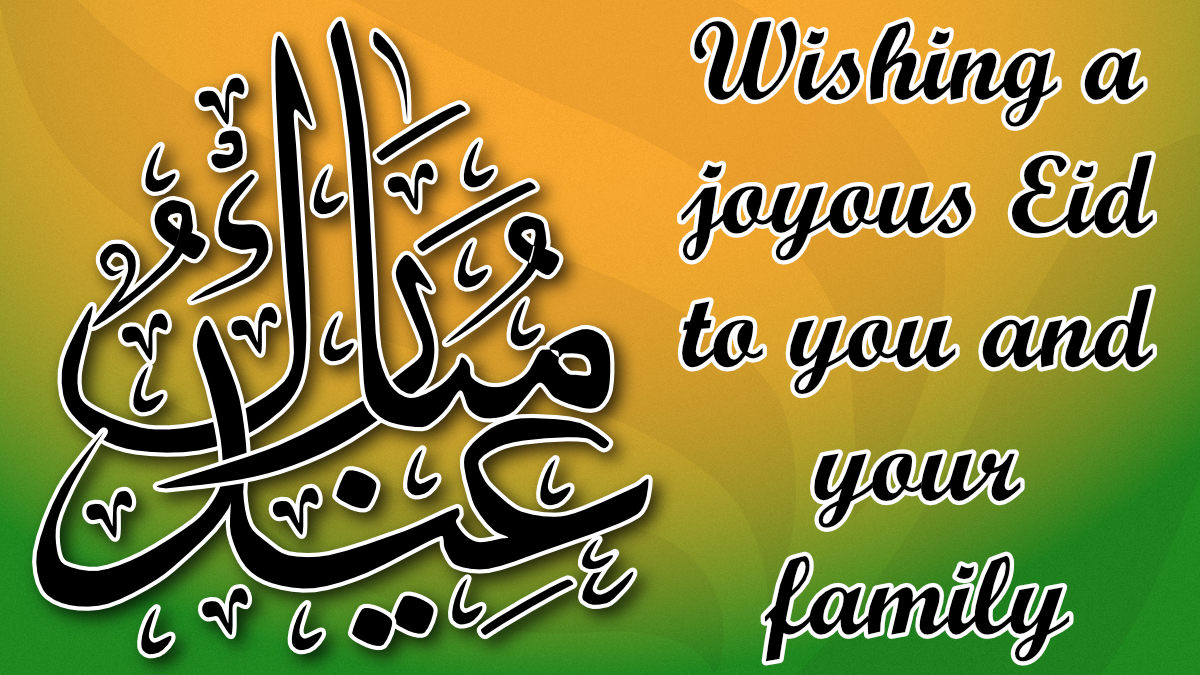 Ramadan... not just about fasting 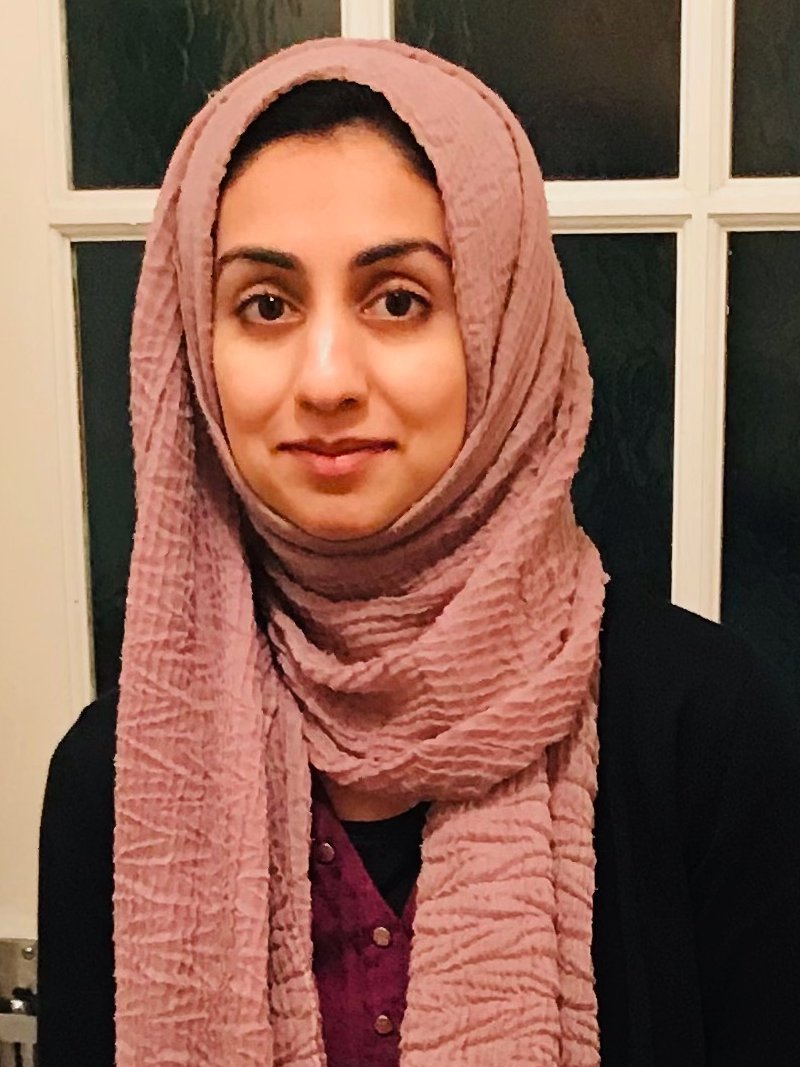 As we enter the last week of Ramadan, Lib Dem member Sadia Mirza explains why the holy month is not just about fasting, and what it means to her as a Muslim.

While many of us are looking forward to the easing of lockdown and attempting to bask in the elusive spring sun, many Muslims across the world are nearing the end of observing the Islamic holy month of Ramadan.

Ramadan: a month where Muslims abstain from food and drink from dawn till dusk. Fasting is perhaps the most noticeable aspect of this holy month. It’s the bit that could and often does affect social interaction and the daily routine of a Muslim, though Muslims are expected to continue with their normal chores during this month, within reason. Yet fasting is only one of the features of Ramadan.

Preventing Animal Cruelty in a Pandemic 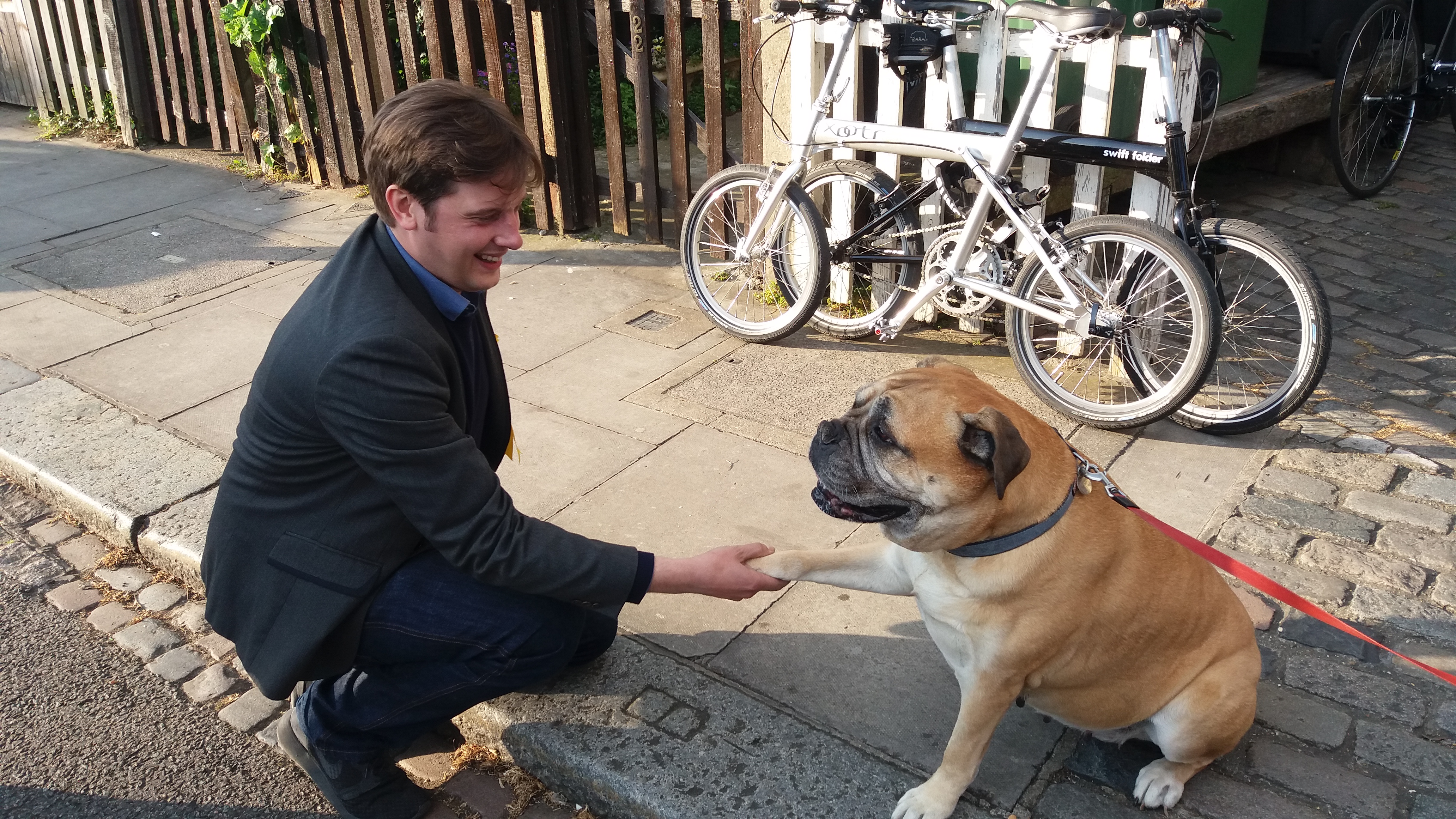 Animal charities are warning of a potential increase in animal cruelty due to the pandemic.

Many people decided to get a new pet in lockdown, with the RSPCA seeing a 600% increase in visits to its puppy fostering pages and the Kennel Club a 180% increase in enquiries. As a result, the UK is now facing a puppy shortage. This has fuelled an increase in dog thefts, animal smuggling, illegal puppy farms and scammers.

Animal charities have also warned that as lockdown lifts and life returns to normal, many animals could be neglected, abandoned or given away, putting an extra strain on shelters and welfare organisations. 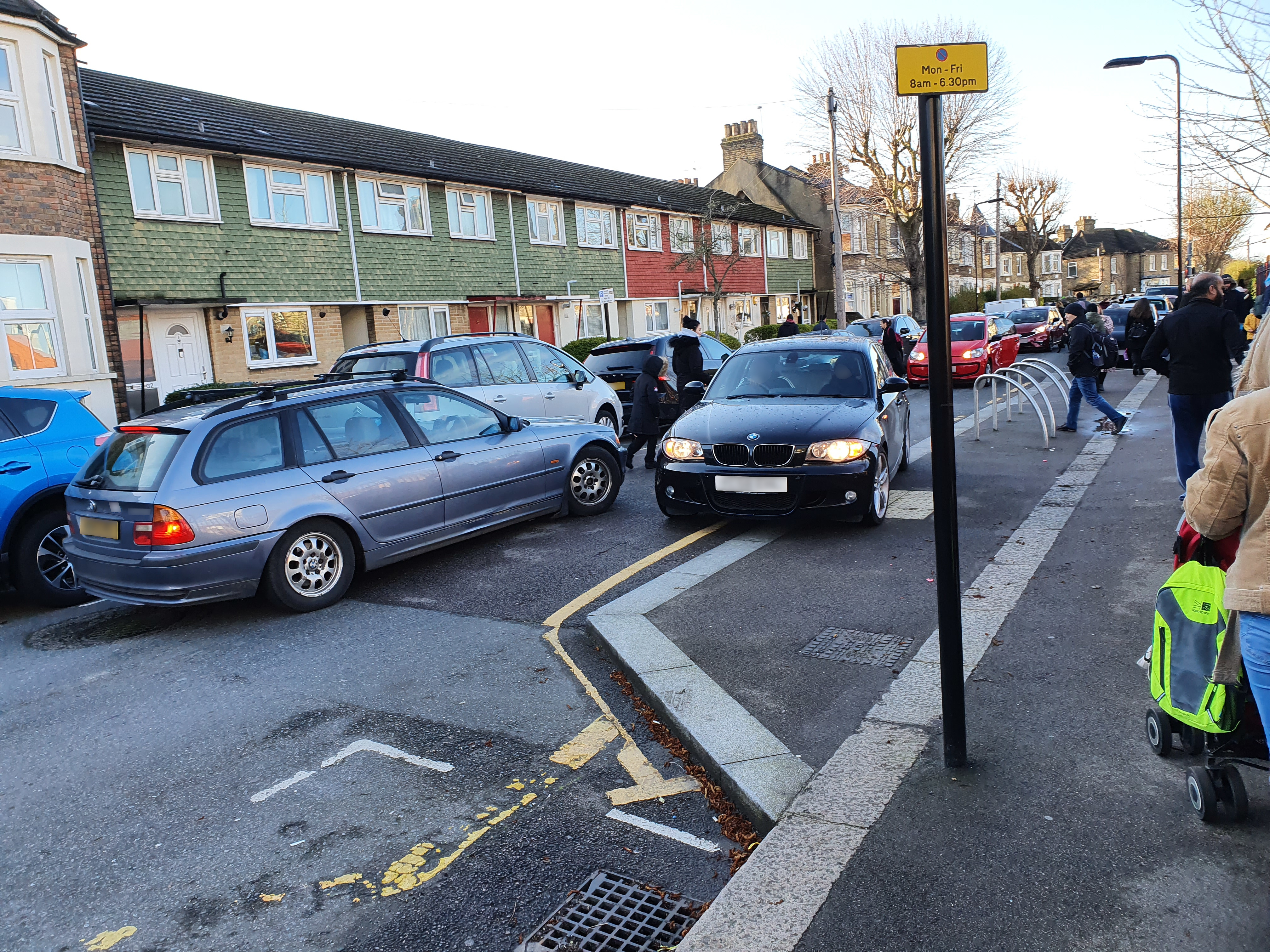 Your Grove Green Liberal Democrat team are pleased the council are finally making changes to the traffic on the roads around Newport School with the introduction of a School Street zone. We have been campaigning on this issue since June 2017.

At school drop-off and collection times there have been continual issues with cars passing each other and parking on the pavements. There have been near misses between drivers and children. This has led to aggressive behaviour by drivers as well as compromised the safety of children. Our campaign to improve the road safety was also endorsed by the head teacher of Newport School.

The new School Street zone means that the roads around the school will be open to pedestrians and cyclists only at set times in the morning and afternoon during term time.

Local Liberal Democrat Arran Angus says, “I welcome the changes that the council have brought in to protect children travelling to and from school. My only regret is that it has taken them four years from when we raised the issue to fix this problem.”

Henry Boyle is your Liberal Democrat candidate for the Hatch Lane by-election on 6th May.

Born and raised in Chingford, and a resident for over 60 years, Henry has campaigned tirelessly for thousands of local people of all ages over many decades. 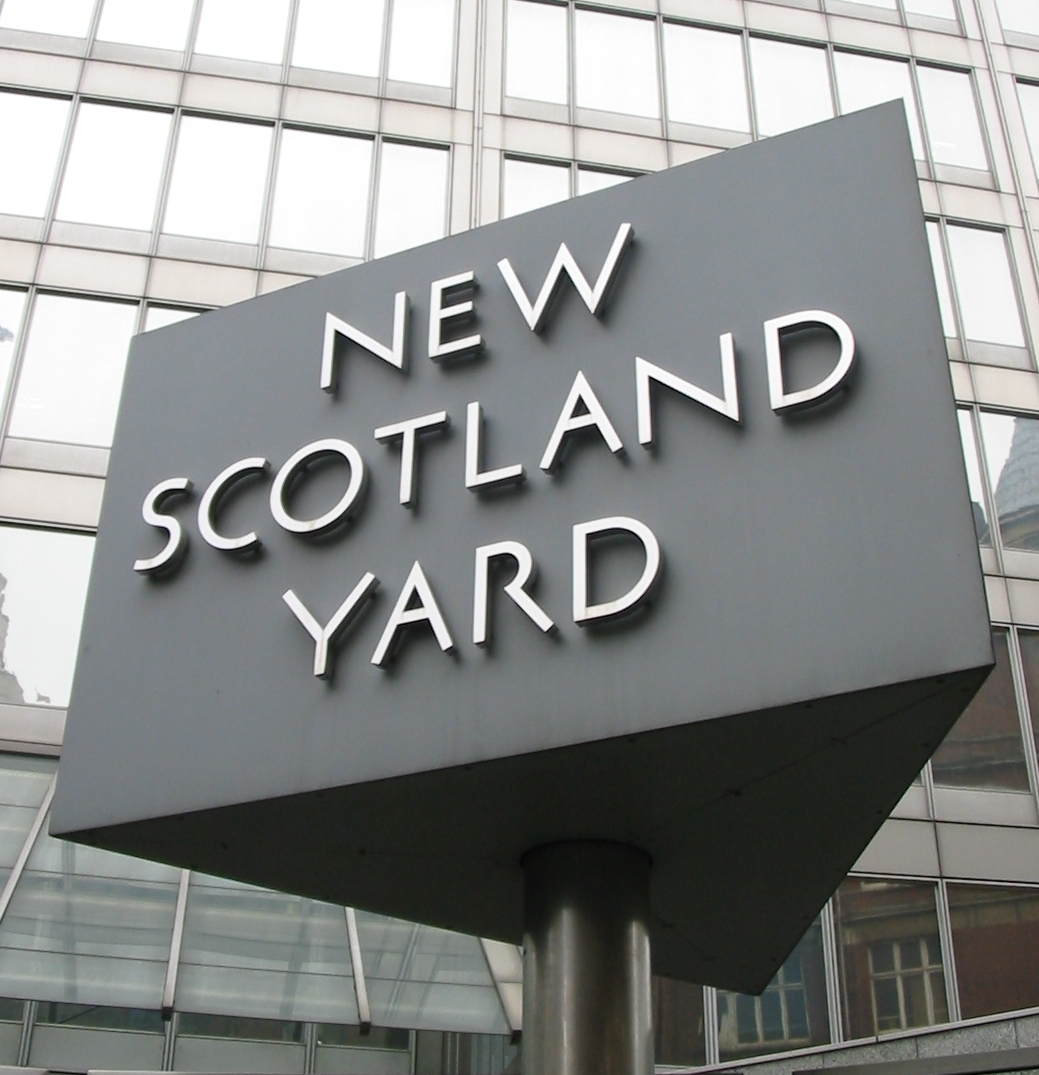 On Saturday 13th March, the Metropolitan Police clamped down aggressively on a peaceful and socially-distanced protest against violence towards women. In the words of Ed Davey, Mayoral Candidate Luisa Porritt and Assembly Member Caroline Pidgeon, "The Police should have been standing in solidarity with the women on Clapham Common last night, not disrupting this peaceful vigil in memory of Sarah Everard."

These events are the result of a failure of leadership within the Metropolitan Police. Responsibility for this must lie at the top and we call on the Commissioner of the Metropolitan Police, Cressida Dick, to resign her position immediately. This is also a decision for the Mayor, Sadiq Khan and the Home Secretary, Priti Patel as they are responsible for the Commissioner.

ReclaimTheseStreets attempted to organise a peaceful, socially distanced vigil. They engaged with the council and the police, but the police refused to approve the vigil, despite the court action ruling that protest was not unlawful. The events of tonight were avoidable, had the police engaged with the organisers.

Policing by consent requires the Met to work with the people and they have failed in this. The people of Waltham Forest have been failed by the actions of the Met whose purpose is to protect our freedoms. The sight of women exercising their freedom to gather, mourn and express solidarity being assaulted by police officers is a gross betrayal.

GLA candidate Kate Pothalingam said “The scenes from Clapham Common yesterday were extremely distressing and are a cause for serious concern. The heavy-handed police action showed a disappointing lack of sensitivity and was particularly inappropriate at a peaceful vigil for a young woman allegedly murdered by a police officer. Other vigils and demonstrations have taken place during the pandemic - why was this one handled so badly?”